According to historical record, Kuantan had long been in existence since the beginning of 1850's. Kuantan started as a settlement in the 19th century. The implementation of the Local Government system in Kuantan was initiated on 1 August 1913 with the establishment of the Kuantan Sanitary Board that was responsible for hygiene, health and development control. In 1937, the Kuantan Sanitary Board was replaced by the Lembaga Bandaran Kuantan (Kuantan Town Board). After nearly 16 years of being administered under this system, Lembaga Bandaran Kuantan has been upgraded to Majlis Bandaran Kuantan (Kuantan Town Council) which covered an administrative area of 16 square km which is concentrated on the Mukim Kuala Kuantan.

Kuantan is located on the East Coast of Peninsular Malaysia between latitude 3 ° 49 ′ 0 ″ in the north and longitude 102 ° 20 ′ 0 ″ in the east. To the east is the South China Sea with a coastal area of ​​56 km (35 miles). To the west are the Maran and Jerantut Districts, to the north is the State of Terengganu and to the south is the Pekan District. 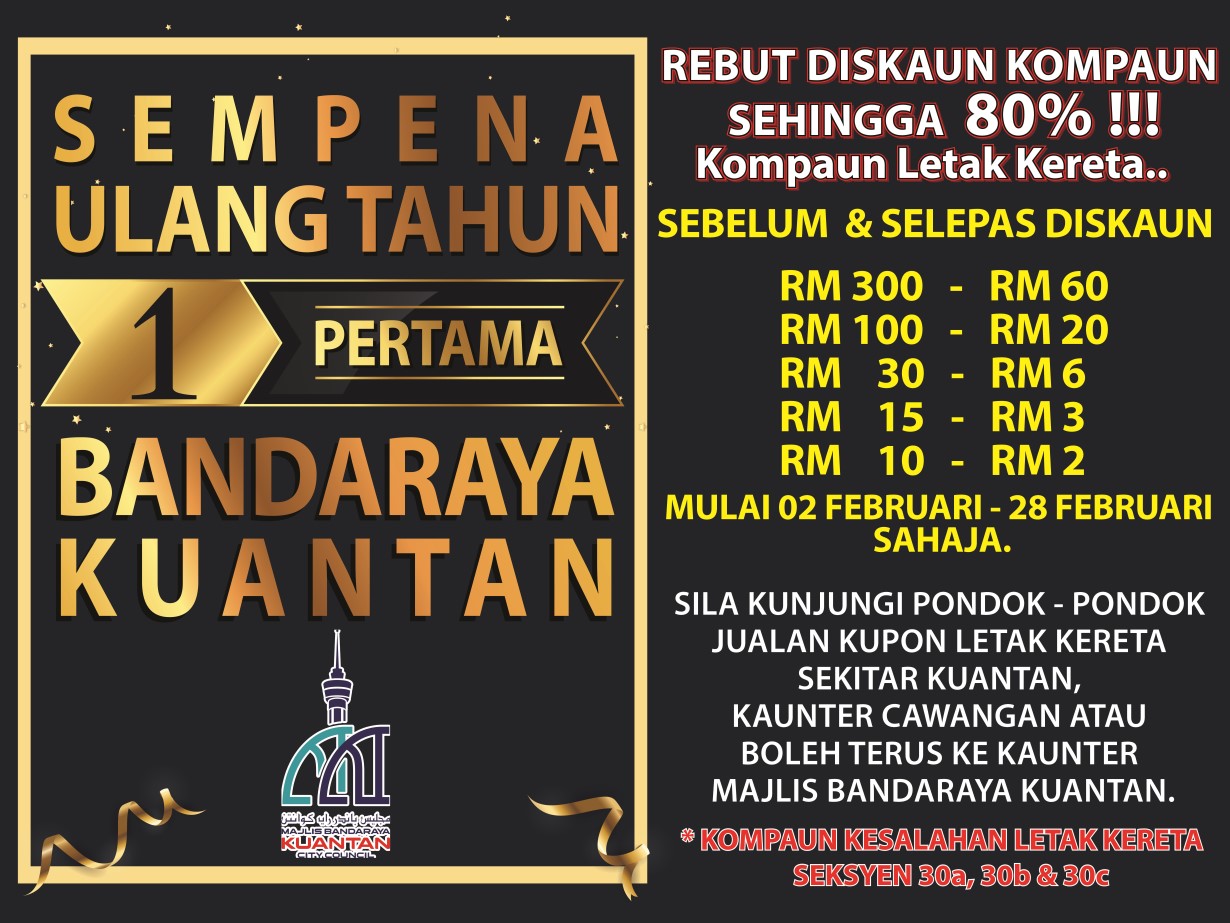